This article clearly explains how to start shopping for the holidays and the means you have to use for the shopping.

Creditcard.com conducted a scientific poll of 1,004 U.S adults and found out that 14 percent of consumers, which is approximately 32 million adults, have their holiday shopping already underway. More surprisingly is that there were early birds who formed about 4.6 million American shoppers who are already done with their shopping. This is about 2 percent of the consumers. Most of these early birds are parents with children and they form the greater majority of this group in comparison to those parents without kids.

From the same survey, they found out that 15 percent of consumers would prefer to start their 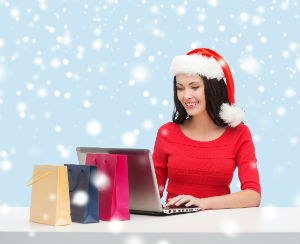 A huge number, 55 percent of holiday shoppers, are not thinking of shopping anytime soon and would probably be still buying gifts in December. They did not want holiday shopping anywhere near their summer period.

Here is what would most likely prompt you to be among those who start their shopping earlier,
Shop At Your Own Pace

Whenever you do anything in a rush, you're most likely to forget a thing to two. This is why you may want to start your shopping much earlier and get everything you need. It's therefore no wonder that those of 65 years and older would normally have more gifts in comparison to their kids since they have more leisure time which is utilized in buying gifts earlier.

Unlike last minute shoppers who may not have the time to compare prices between different stores, as an early shopper you have this privilege. This was pointed out by the CEO of Financial Psychology Corp, Kathleen Gurney.

Those who want to save time and money are most likely the early shoppers. The poll found out that white respondents nearly doubled nonwhite respondents as they were 16 percent of the shoppers in comparison to 9 percent.

Early adverts could have prompted some of those who went for early shopping. The poll by Creditcard.com shows that 23 percent of consumers will have finished their shopping by end of November and it could have been prompted by those early adverts. Centro Inc. found out that retail promotions had a trend of starting two weeks earlier over the last 5 years and would come to an end by Thanksgiving.

The communications manager for GreenPath Debt Solution, Andrew Johnson said that Black Friday or Cyber Monday was being held two weeks earlier, and sometimes months, before the holidays.

By spreading out your cost over several months is bound to have less of a pinch in your wallet. You can therefore manage to buy gifts for everyone without feeling the financial burden of shopping all at once.
This has therefore prompted, 22 percent, those between 18 and 29 to stop procrastinating and shop earlier.
The wealthy who have an annual income of $50,000 and above are not stressed about their budgets or shopping earlier this year because they have wider options. They also don't have to compare prices. 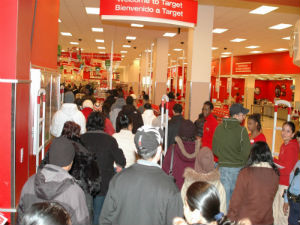 Creditcard.com showed that majority of shoppers, 60 percent, would be shopping in person while in the retail stores followed a close second, 23 percent, by online buyers who purchase through their laptops and only 7 percent shopping through mobile devices and tablets.
2 percent still rely on catalogs from the mail box and 7 percent either didn't know or refused to participate in the poll.
Posted by Unknown at 1:00 AM 2 comments:

Charity Review Of God's Love We Deliver by Ira Riklis

This post is about God's Love We Deliver, a non-profit meal preparation and delivery service in New York City that has been nourishing bodies and spirits for thirty years.


The mission of God's Love We Deliver, located in the New York City metropolitan area, is to identify men, women, and children living with serious illness, such as HIV/AIDS and cancer and to improve their health and overall well-being by alleviating hunger and malnutrition.


What Does God's Love We Deliver Do?

In 1985, one woman began delivering food to a man suffering from AIDS by bicycling to him each day. Today, God's Love We Deliver is the area's leading provider of nutritious, individually-tailored meals to people who are experiencing illness that prevents them from shopping or cooking for themselves. Serving over 5,000 meals each weekday, God's Love We Deliver travels to all five boroughs, Newark and Hudson County,New Jersey.

When a potential client first contacts the friendly and compassionate staff at God's Love We Deliver, services for the client, their children and senior caregivers are offered immediately and food is delivered within 24-48 hours. All services are free and are as follows:

God's Love We Deliver is a non-sectarian organization, with a focus on providing meals led by the principle that food is medicine. Services are not based on financial need and no one is turned down. A team of registered dietitians individually tailors meals to meet the specific needs of clients. God's Love employs a small but dedicated professional staff and over 8,000 volunteers contribute by supporting the staff. The organization would not flourish if not for the loving and generous support of volunteers and donors. Joan Rivers was a long-time, very supportive Board member who believed tremendously in this organization.

Not only does God's Love We Deliver provide for the nutrition of the clients, but they also take a holistic approach and offer limitless referrals to additional services around New York City to address additional client needs.


Who Does God's Love We Deliver Help? 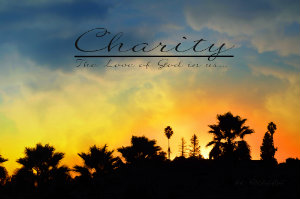 Walter enjoyed walking all over New York City, prior to being diagnosed with multiple sclerosis. He was a hard worker who held several active jobs and traveled all over Europe, Brazil, and China. At the age of 40 years old, everything changed with the diagnosis. His son, Chad, was only three years old. Walter grew very ill and battled fatigue and intense weakness and his symptoms prevented him from being able to cook or shop.

Upon calling God's Love, he and his son immediately began receiving meals. Now Walter and Chad enjoy highly nutritious, home cooked meals that are delivered to their door. Walter has been impacted by God's Love nourishing not only his body, but his spirit as well.

William loved going to concerts, reading, painting, and singing, but when he was diagnosed with HIV/AIDS, things changed. He was determined to not let the diagnosis overcome his life, but that proved to be a challenge.

William's physical and mental health worsened and he suffered a stroke and began having panic attacks. He contacted God's Love and immediately began receiving meals. He is now able to maintain a healthy diet and his health and spirits have greatly improved.
Posted by Unknown at 10:56 AM No comments:

This post is by Ira Riklis as he writes about American small business optimism that seems to be holding steady and the substantial challenges that will face business owners this upcoming quarter.


There is great debate, including conflicting information about the state of small businesses in America right now. Changes in tax and health care policies coupled with the recent stock market crash create a precarious position for small business ventures. Sorting through the data, surveys and varying opinions leaves most Americans, even economists, with a murky understanding of how small businesses are actually faring.

In March, 2015, David Burton, Senior Fellow in Economic Policy at The Heritage Foundation testified before The Committee on Small Business that small business exits are exceeding new business formations. He cited eight primary reasons why small businesses are currently faltering in American:
The testimony continued with 97 specific recommendations that will serve to remove barriers to small business entry and economic growth.

The National Federation of Independent Businesses is optimistic about the future of the American small business and recent reporting suggests that small business owners are, as well. Their Small Business Optimism Index indicated a half a point growth last month, raising the index to 95.9. The index measures confidence reported by small businesses and not actual financial data. The following components are measured by the survey:
The survey determined that small business owners communicated mild optimism regarding sales, but U.S. Department of Labor reported that non-farm payrolls increased 173,000 in August, which is the smallest gain in five months.
did not believe it was a good time to expand operations. Small business owners reported being 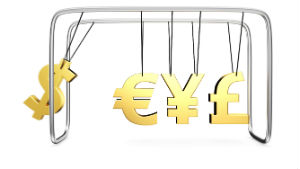 pessimistic about business conditions over the next six months and were unwilling to comment with detail regarding capital and inventory investment in upcoming months. The survey responses also indicate some inflation pressures. Fourteen percent of small business owners reduced their average selling prices in the past three months, which was a one point increase from July. The

Overall, NFIB is reporting that small business outlook is remaining positive. It should be noted that the interviews were conducted prior to the recent stock market slide.

It can be agreed upon that entrepreneurs face a large degree of uncertainty given the dynamism of the current economy. Entrepreneurship is important to future technological innovation and net job creation. The future of small business is imperative to stability and growth of the US economy.
Posted by Unknown at 10:10 AM No comments: