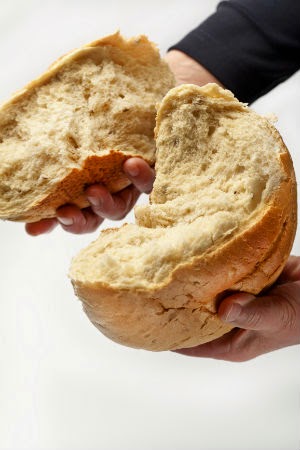 From time to time I come across nonprofit organizations doing tremendous work in their communities. I recently found out about Broad Street Ministries in Philadelphia and wanted to mention the amazing work they are doing there to feed the homeless.

Broad Street Ministries is a non-profit organization dedicated to providing 'radical hospitality to all'. This broad mission statement works toward a society in which each individual is a valued member of an interconnected society. To this end, the Broad Street Ministry works with the homeless, providing food, care items and much more. Click here for their vision.

A Problem Too Big For One
Philadelphia is home to roughly 4,000 people who live without a settled abode. Some ten percent of those people are forced to live rough, on the street. This is the poorest large city in the United States, with at least 28.4% of its residents surviving on less then 23,550 dollars a year.
Many of the homeless are Veterans. Others suffer from chronic illnesses, mental or physical disabilities and addiction. Women on the streets have often faced severe physical or sexual abuse. These are people who live at the fringes with no support systems to speak of. Read here for a full scope on homelessness.

The food is worth mentioning. It is prepared by a professional chef for nutrition and taste. It is then served restaurant style instead of in lines. Participants report that just this little detail helps to normalize, in some same way, their daily existence.

Working with Partners
Poverty is a work that cannot be approached alone. Broad Street Ministry works with many other groups to provide other services to the needy. There is housing counseling through the Bethesda Project, medical services which include general health care as well as more specialized services with the help of PHMC, Bebashi and Council for Relationships. This work is succeeding. In 2013 alone some 23,600 meals were served, 360 Veterans found assistance, over eight thousand garments were handed out or repaired and nearly 400 people received medical care. Here is the full report on their impact: http://www.broadstreethospitality.org/our-impact/
Posted by Unknown at 7:13 AM No comments: 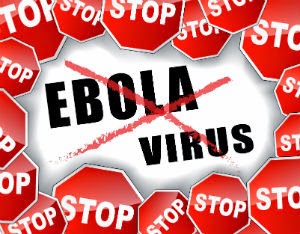 With all the heartbreaking news about Ebola at the moment, I though to take a moment and write about what Ebola is. This simple word is enough to plant fear in our hearts and turn our stomach into knots. According to the World Health Organization (WHO) the deadly virus that is raging out of control in West Africa and has claimed over 1,000 deaths, with many more expected in the coming months (click here for article) But is Ebola really as bad as it seems to be? Unfortunately, a lot of fiction has been mixed in with the truth, and much of what the layman knows about the disease is not exactly correct. Here are some facts on the virus.

Facts On The Virus

1. Ebola is a virus that can be found naturally among certain species of bats and birds in certain parts of Africa. It was first diagnosed in humans in 1976 and since then has appeared 18 different times throughout several African countries.

2. There are five different types of Ebola, all with different mortality rates. The current epidemic is caused by the Ebola-Zaire virus, one of the most virulent types with a 90% mortality rate, although it is currently only causing the death of approximately 55% of those infected. More here.

3. The Ebola virus can only be transmitted through direct contact with the bodily fluids of those who have the disease and are presenting symptoms. It is not contagious during the incubation period, which can last anywhere from 2 to 21 days, which is why those with a higher risk of becoming ill are health workers who are in close contact with the patients, those who prepare the bodies of the infected deceased for burial, and family members who help care for them.

4. Ebola is not an airborne virus. Even though a 2012 study shows Ebola can be airborne between birds and pigs, it does not survive well outside the body, so it can't cover large distances in this manner and does not present a high risk of contagion at this time.

5. Some of the first symptoms of Ebola are a sudden onset of fever, diarrhea, vomiting, muscle pain, hiccups, skin rashes and internal and external hemorrhages.


While the Ebola virus has caused great concern among medical professionals, scientists are working around the clock at finding a cure and a vaccine that can help fend off what seems to be trying to become a pandemic of abnormal proportions.Latest reports, report a vaccine will be ready by 2015. For now, staying away from countries in which Ebola has been detected seems to be the best choice for those who may be at risk.
Posted by Unknown at 1:14 PM No comments: