What are medical homes and are they useful? By Ira Riklis

Ira Riklis gives insight to the importance of medical homes and what they stand for. Also he includes a list of characteristics that were given by the AAP.

A Medical home also known as the patient-centered medical home (PCMH), is a team-based health care delivery model led by a health care provider that is intended to provide comprehensive and continuous medical care to patients with the goal of obtaining maximized health outcomes. The medical home concept first introduced itself in 1967 by the Academy of Pediatrics (AAP). In the original version, the AAP defined the medical home as the center of a child's medical records. At the time the care of children with special medical needs was the main focus and concept of the home. Over time, however, the meaning of a medical home has changed to reflect the ever changing needs and perspectives of health care.

The modern medical home has expanded on its original foundation, becoming not only a home base 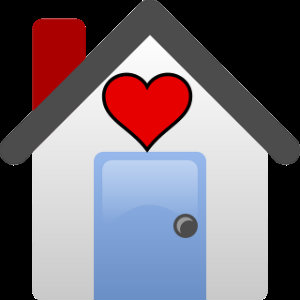 for a child's medical care, but also non-medical care. The modern medical home's focus has also shifted to include not just children with special medical needs, but also to adults. Today's home is a partnership between family, patient, and primary provider. Cooperation from specialist and the community is also a major feat. The patient and family is the focal point of this model, and the medical home is built around this center.

In 2002, the AAP stated an explanation of what the home's characteristics were. These characteristics or guidelines stress that care under the medical home must be accessible, family-centered, continuous, comprehensive, coordinated, compassionate, and culturally effective. In 2007, the AAP joined with the American Academy of Family Physicians (AAFP), the American College of Physicians (ACP), and the American Osteopathic Association (AOA) to form the Joint Principles of the Patient Centered Medical Home. Under the collaborative effort, the characteristics of the medical home have been defined within seven major principles.

3. Care is coordinated and integrated:

Appropriately recognizing the value provided to patients who have a patient-centered medical home, the payment structure should be based on the following framework:
A medical home is an important mechanism for unifying the many segments of health care. Not only is it important for children with special needs but also adults. Medical homes are crucial for many people and without them a great amount of people could and would go untreated.

Customers are not the only people affected by the VW scandal as employees fear for their jobs and the company issues a hiring freeze. Read more of this issue below.

The fallout from the VW scandal continues as the effects are being felt in production plants all over the world. According to USA Today, VW finally surpassed Toyota as the number one auto maker in the world by volume in July 2015. But, by the middle of September, VW had started a tumble from the top that is taking its employees along for the ride. The company faces a scandal that a recall of millions of vehicles may not help resolve, and now it is also starting to make cuts in the personnel department that are affecting employees all over the world.

It was recently reported by NBC News that the VW engine plant in Salzgitter, Germany has eliminated what it referred to as a "special shift" that was supposedly put together to meet high demand. In the wake of VW's record-setting pace of production leading up to its unseating of Toyota as the top car maker in the world, it is understandable that the company would add shifts to meet demand.

While it makes sense that any shifts created because of the increase in demand would be eliminated in the wake of the scandal, what is telling is the fact that VW has frozen all hiring until the end of the  year. The company is apparently bracing for a scandal that could include fines of $18 billion in the United States alone.


In the wake of the scandal, VW has seen some immediate changes such as:
New CEO Matthias Mueller takes on a company that is hearing negative comments from customers, the United States Environmental Protection Agency and even its own German government.

Will Jobs At Dealerships Be Affected?


As employees working at the German VW production facilities wonder if they will lose their jobs as the company restructures its workforce to accommodate the scandal, some industry observers are wondering how long it will take for dealerships to start laying off technicians and sales people due to the scandal.

According to the IB Times, this sort of scandal may not affect American dealership employment at all. The German diesel market is not as prominent in the United States as it is in other countries, which means that few dealerships will feel a financial pinch due to a drop in VW diesel sales.
However, the Telegraph points out that countries such as India and South Africa have opened up their own investigations into the VW scandal, and German diesel vehicles are very popular in those countries. Dealership employment in those countries could see a significant drop as the scandal continues.

The Future Of VW Employment 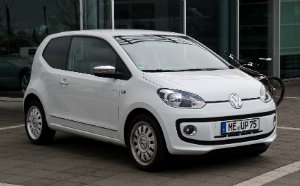 This scandal will have long-reaching effects that could cause more jobs to be lost in the future. CNN reports that VW has lost nearly 33 percent of its market share in the short time since the company admitted to fraud earlier in the summer. While the company has not announced any plans for further layoffs at this point, it has said that there could be personnel restructuring plans put into effect at some point.

With VW not giving many details about the future of its employees, it is difficult to speculate on what will happen. But with the company's market share dwindling and its reputation on the rocks, VW employees could be in for a very rough ride.
Posted by Unknown at 12:09 PM No comments: